The Daily Blathering: Collaboration is King

I’ve always wanted to be the auteur filmmaker – but I’ve come to terms with the fact that I am just better with a team. I can lead the team as the director, or simply toss in my 2 cents as a co-writer. To me, there is nothing more fun than sitting with someone I really connect with and writing something we both love. I pride myself on my dialogue. I really try to make it honest and real. You want dialogue? I can pretty much nail it for you. Story? I need a co-pilot for certain. I have written a handful of shorts, but my goal has always been to write a feature-length script. One that makes the viewers think. I have plenty of ideas and plenty of characters, but I always seem to write myself into a corner. Maybe it is an easy fix, like developing discipline. One of my mentors in town told me that his writing time is as sacred as office hours at a job. He is a writer and therefore must be at work from 9-5. He will always write – even if what he writes is terrible, he writes. I think there is some genuine wisdom there.

I have been very fortunate to have become friends with so many talented people in Rochester and beyond. One of the promises I make to the Universe is to give back. When I accomplish my goals, I want to help others accomplish theirs. Again, there are people in my life who have done some wonderful things for me and I would absolutely love to be that for someone else.

This is why I believe that Collaboration is King! I can foresee me writing more with Steve Miller as Loose Screw Productions. We joke that we share the same brain. Considering I have been doing pretty well at keeping up with my Daily Blathering posts, I will attempt the next step of making “Writing Office Hours”. It may have to wait until the kids go back to school, but I really believe that kind of discipline can help. Here is a link to some of the best Screenwriting teams.

These guys are my favorite:

How are you disciplined in your profession? I’m interested in your comments, please share them with me below. 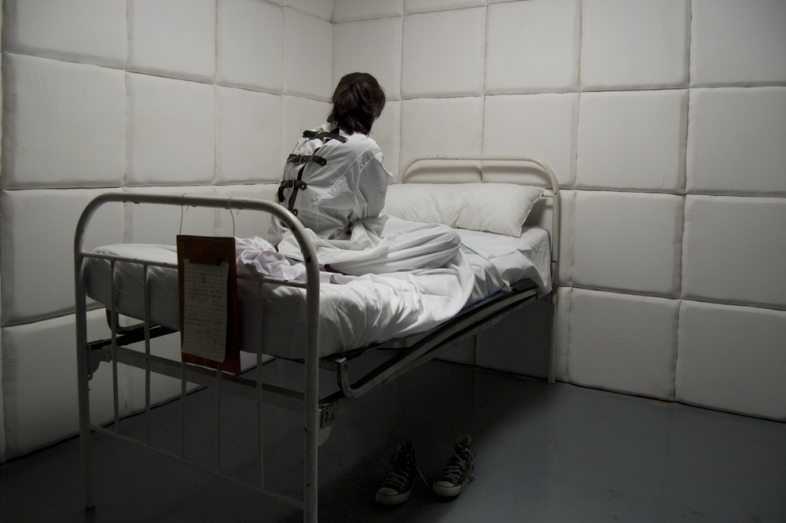 The Daily Blathering: Tough Love (You Should Be So Lucky)

Sometimes it takes a real honest person (or a few in my case) to tell you to take your head out of your ass, suck it up and move forward. Each day on my radio show (which I am very thankful to have by the way) I do a segment I call #HappyHeadlines. I read up to 3 stories that are in essence, positive. Sometimes it is a story about someone who had a horrible accident but persevered through it all to come out stronger. Other times it is a story about pure selflessness. I try really hard to find 3 stories, but in today’s world, sometimes I can only do 1. That’s fine with me. The segment used to be the Top Trending stories, but I was sick of the bad stuff: politics, disasters, depressing and negative stories.

It’s not like I don’t know this. It is not like I have never listened to the Think and Grow Rich audiobook (Napoleon Hill, 1937). Thoughts are things for certain. One of my good friends (who I never hang out with but would like to) has accomplished many things in his life. He and I are both video guys – work in related fields for rich people. He kicked me in the pants recently. It was a figurative kick that came in the form of a Facebook message – but it was what I needed to hear. It’s not like my other friends haven’t casually mentioned the same, but when it comes from someone whom you don’t correspond with often, it makes it seem more real, more urgent. He told me that my Blatherings are a stream of negativity and I present myself poorly. I am not delivering the correct version of myself to “the world” via the inter-webs. On the head, the nail was hit.

It is the cold-hard truth. Should I throw in more clichés? No, i shouldn’t – I want to stay positive! But OK, I see the writing on the wall (had to) and from now on, if I cannot deliver positivity via my “blog”, I won’t write. Now, in my pitiful defense, my Blathering Blog was a way for me to force myself to write each and every day – whatever was on my mind. It started out as a public journal. But – it makes sense that if people are going to read this I should make it worth reading.

Napoleon Hill mentions a concept called “The Mastermind Group”, which is a group of people who each have their own area of expertise and you maintain relationships with them so you can all help one another out when you run into problems. That’s my simple definition anyway. I have a huge Mastermind Group and I am extremely thankful for that. I am going to start listening and stop blathering. (Except, I’ll still blather here).

The Daily Blathering: Making Something When You Have Nothing

I have nothing. I mean, I have a family, a house, a car, a minivan and lots of stuff. I have a few jobs and a whole lotta debt. I want to make a movie. I want to make a bunch of movies, but the first one is almost always the most difficult to get going. I have friends with movie making toys – but that’s how they make their living. So, I am sure I can get a break in price on certain things, but there are other people who work on set that I cannot ask to work for free. Actually, I already have done that and I absolutely hate it. People think making a movie is some kind of glamorous process and it’s just a joy from start to finish. There is some truth in there – but when it comes down to the nitty-gritty, it is work…hard work. Sometimes it’s terribly stressful and agonizing. Many people have compared it to childbirth. I’ve never given birth, but I have witnessed it 3 times and I can kind of see the similarities, though I will not presume to have any idea what childbirth is like. Have I made it clear that I don’t know what giving birth feels like?

It’s my same old jam. “Do you know anyone with money who wants to invest in a movie?” The answer is always, “Hahahah”. Recently I have been trying to put together a shoot for a music video with a very talented young artist who I truly believe in. Again, I have no funding – but I have people who want to help make it happen. The usual conundrum is: Make it look pro without being technically “pro”. Pro means professional, as in paid professionals doing what they do professionally so this production looks professional. Oy veh all day!

All I want to do is create – so why does it have to be a difficult process that revolves around money? Because I cannot shoot what I want with the HD camcorder I have? Because I don’t own any lights? Other grip-related toys? Microphones? I used to, but I sold it. Maybe I should develop some discipline and write my ass off and try to get someone else to make my scripts? That would be cool. Yeah, I’ll do that. Hey Internet, thanks for listening (and not responding)

The Daily Blathering: Nothing

About 30 minutes before show time he put on his costume. He used to be meticulous about the application of the various oils and pigments. These days, he’s happy if he gets them in the general area. The large red smile has straightened in recent years too, it now resembles a pink banana. He gazed at his reflection in the blackening mirror. Years of humid, dank air and mishandling has caused the silver backing to corrode. He remembered when the mirror was brand new; he remembered when the reflection was clear. One of the perimeter bulbs flickers intermittently and he wonders what Gaspar does all day considering so many things are in disrepair. Gaspar is more of a fixture than a fix-it man. He joined the company when he was 55 and has a fantastic ability to seem busy and over-worked while having done nothing. That was Gaspar.

Finally done with dressing, he walked out into the lounge area where the performers would congregate. Some of the more serious ones would stretch here, drink water, warm up their voices and prepare. He didn’t do this, he gulped some grain alcohol he bought from Gaspar. He wasn’t positive if Gaspar actually distilled the robust liquor or if was obtained elsewhere. Three good belts and he’d be ready. He used to chase it with beer or even a seasonal fruit juice, but that was a lifetime ago. That’s when he really got into learning Esperanto. Another passing fancy, like the Twins he cavorted with after the show. They’re both gone now. ‘Rock bottom’ is the phrase that is always in the back of his mind. He thinks of the Twins and their insatiable desire for Oysters and cold white wine. They had never heard of Hemingway and he chuckled to himself when he thought this. He knew he was not an intellectual, but his friends thought he was smart.

The crowd responded as they always do and this fed him for a while. There is no drug like adrenaline. He chases that dragon twice per day and in the interim is forced to quell his thirst with lesser creatures. This night was different because there was a man in the crowd glaring at him. He knew this man, but was unclear from where. At every point where the crowd would respond as every crowd did, the man was emotionless. The man’s eyes saw through him and it started to become a problem. What did this man want from him? What was he expecting from him? He’s been doing this routine for many years and has always been a crowd pleaser, but the Man was not affected in the least. He imagined that the entire crowd melted away like a Salvador Dali painting, dripping into the cracks of the old wooden stands, revealing this Devil and his cold eyes. Unable to pinpoint his identity, he ignored the Man and carried on.

After the show he made his way back to his faded mirror and the flickering bulb he nicknamed, ‘Gaspar’s Folly’. He wiped away the evening from his face and heard a commotion behind him. Figuring it to be Gaspar with another bottle, he turned. Nothing. He continued to wipe away the oily paint from his face. He thought he would really like another bottle of Gaspar’s harsh liquor.

Gaspar’s Folly finally went out. He tapped it a few times hoping there would be some life left in this antique light source. They all went out and he sighed. He fumbled in the dark for his matches so he could light a candle. Three failed attempts, then finally his little tea light was glowing just enough to reveal a face in the mirror. It was the evil, Devil-Man from earlier. Again, glaring back at him from inside the dark mirror. He remembered this man now, he’d seen him in his dreams. He’d seen him in the mirror, staring back at him with disapproval many times. His revelation was met with a pain he’d never experienced before. A burning in his feet combined with pressure on his chest as if Harvey the Elephant were sitting on it. He blinked a few times and noticed the man smiling. His head fell to the desk extinguishing his candle. His eyes slowly closing, Gaspar’s Folly flickered and came on bright. He was with the Twins now.