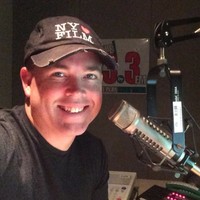 Why I MUST Make this Movie

Thank you for reading this article! As you probably know, I am producing a comedy titled “Bottom Feeders”, originally written by Steve Miller some 20 years ago and then we tag-teamed the rewrites. It’s a silly comedy about two guys trying to hang onto their college days – living in Mom’s basement, drinking beer, being generally irresponsible. You know these guys, heck, you might have even been one of these guys! People need to laugh and this film will do it. I will admit, it does not carry some ultra-important social message about race or sexism or any topic that is popular in today’s dialogue – well, not entirely. It’s in there but you have to really extract the meaning – because these guys are not role models and it is very clear in this film. But WHY does it NEED to be made? Because it is the first step. This is the film that can show what we can do as filmmakers. We’re trying to make this film for less than $50,000.00 but we want it to look like we spend hundreds of thousands making it.

We get this film done and we get it seen by people. We make them laugh and entertain them for 90 minutes or so. What’s next? Finding funding for a film is not an easy task! If you’re friends with me you have seen firsthand the groveling and begging for money that I’ve done. In a perfect filmmaking world, as a Writer/Director I would work with a Producer who has a group of people who want to invest their money in movies. Those producers don’t work with unknown filmmakers – so that’s why we NEED to make this one first. It is a simple story with simple scenes – which is how we can keep the costs low. But when you see how good it looks and how the unknown actors really kill their parts, then you would think to yourself, “Self, imagine the kind of film these guys could make with a real budget!”.

The real budget (which in my mind is $250K and up) can hire all the crew needed, can afford A-List actors who have a box office draw and international recognition. That’s the magic formula for making movies – or at least one of the magic formulas.

I just wanted to explain this idea to you. because from the outside looking in it must be odd to see me trying so hard to make a movie when we don’t have the money. It’s a chicken and egg conundrum: you need the money to make a good film, but you cannot get the money until you make a good film. Sometimes you need the help of family and friends and some people who believe in you so you can just make it past that first speed bump. By the way, that’s the speed bump that keeps most people out of the filmmaking business.

I want this so bad I am not taking no for an answer. Here’s what we have planned for future projects: (All of these will be produced right here in Rochester and the greater Western NY region)

A spirituality film centered around redemption and antisemitism.